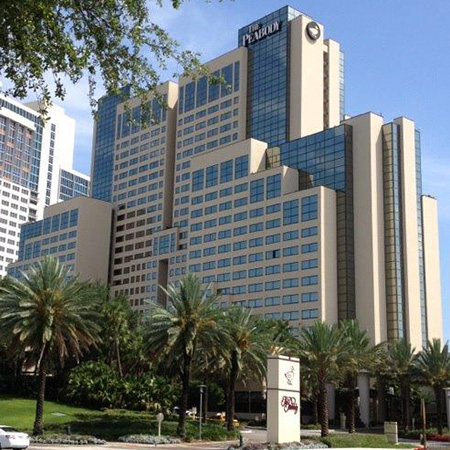 Provided owner’s representative services for the $456,000,000 expansion and renovation of the Peabody Orlando. The project included doubling the room count to 1,641 from 891, expanding meeting space, adding restaurants, and providing over 500,000 square feet of additional convention and meeting space. The Peabody Hotel expansion was the largest privately funded project east of the Mississippi River during its construction, and allowed this hotel to become the most prestigious location in Orlando, Florida.

With the expansion of the Peabody Hotel in Orlando, providing additional parking became a necessity. As a result, we were hired to construct a 7-story, 2100-car parking garage using Hybrid concrete technology that provided an efficient and aesthetic construction that met the Peabody standards.

The Hyatt Regency acquired the Peabody Orlando in 2013. Our relationship with the property has continued since. We are currently completing a project to replace the fan coil units in the existing 891-room tower that will improve the efficiency of the air conditioning system while improving the guest experience with the greater comfort of the guest room.

Get The Most Value

From Your Construction Budget